Understanding potholes and working towards a better road network 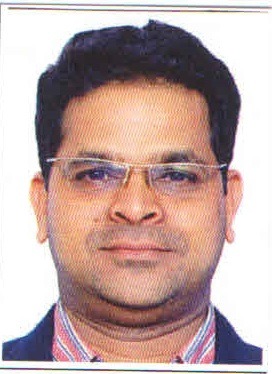 Potholes are one of the primary causes of accidents on Indian roads. According to a report, potholes cause 30 fatal accidents each day in our country. The menace of potholes gets exacerbated after heavy downpour during the monsoons. Clearly the need of the hour is to eliminate these deadly pits that are a walking and motoring hazard.

An introduction to some statistics about the network of Indian roadways should frame our discussion about potholes quite well.

What is a pothole?

A pothole is a large, natural underground cavity that is formed by the erosion of the roadway. It is often formed by erosion, wear, or subsidence. The term “potholes” has been around for a long time and began showing up in texts the 15th and 16th century in England.

Potholes are formed when the pavement or the material beneath the pavement can no longer support the weight of the traffic it carries. There are two common causes of potholes: water and traffic -

1) Water is disastrous to roads, mostly because of the three-level design from which they are built. When water can sit on the road’s surface and permeate, it accumulates under the road itself and settles into the sub-base. When this water expands and contracts due to temperature change, damage is caused from under the road itself, pushing on the surface and causing deterioration, effectively leaving a large hole in the road.

2) Weight of vehicles – roads are not permanent structures and will deteriorate over time from the constant use. Potholes form when the weight the road should carry becomes too much for it.

4) Diesel (or other chemical) spillages.

5) Mechanical damage to road surfaces from vehicle rims and/or accidents and fires.

7) Animal hooves on the road surface in hot weather.

9) Lack of bond between the surfacing and WBM base.

Things to look out for when identifying likelihood of potholes

When carrying out regular proactive checks you can quickly develop an eye for the warning signs of potholes to catch them early. This will help you save on costly reactive action later and vastly extend the life of your tarmac areas.

Make sure to look for:

The end result is a short shelf life for the repaired pothole in the road with the likelihood of recurrence of damage being high.

There are now solutions in the market that promise to take pothole repairs to the next level. Potcrete is an example of one such product. It is a cementitious solution and has high water resistance and very low permeability that performs self-levelling with the road. Application technique is simple and does not require specialised machines or skilled manpower. Potcrete is capable of withstanding extremes in temperature and pressure created by road use. It can sustain heavy downpour. Moreover a Potcrete filled hole can reopen for traffic in less than 1.5 hours. It can be a game-changer in India’s quest to achieve a more high functioning road network.

I am looking to connect with other business owners. Invite me to connect