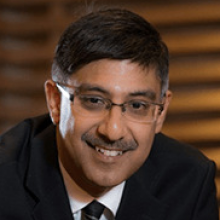 King Solomon was a wise Persian Kind, and he wanted to test the wisdom of his most trusted Minister, Benaiah.

So he called his minister and said to him, “Benaiah, there is a unique ring I want you to locate for me before the harvest festival that is in six months.“

“Your majesty, if this ring exists, I will find it and bring it to you. But can you tell me what is so magical about this ring?” Benaiah asked, his curiosity piqued.

King Solomon knew that there was no such ring, but he wanted to see what his minister would do.

Benaiah went on an expedition to locate the ring. He toured the kingdom, village to village, asking people if they had come across the magical ring that King Solomon described. No one knew of any such ring.

The Harvest festival was fast approaching, and the ring was elusive.

The day before harvest festival, a despondent Benaiah decided to go to one of the street markets he had missed checking. As he walked around the market, he came across an old merchant selling some old antique jewelry.

On a whim, Benaiah went across to the old man and asked, “Have you by any chance heard of a ring that has the power to make a happy person wearing it forget his joy and broken-hearted person forget his sorrows?

The old merchant smiled knowingly. He took out a plain gold ring from his collection, engraved a few words, and handed it to the minister.

When Benaiah saw the words inscribed on the ring, his face broke out in a wide smile.

“Thank you, oh wise man,” he said and handed over five gold coins to the old merchant.

On the Festival day, King Solomon welcomed the minister and asked him, “My friend, have you managed to locate the magical ring?”

The other ministers and King Solomon smiled in anticipation. After all the wise minister was about to admit defeat. But to everyone’s surprise, Benaiah held up a small gold ring and declared, “Yes, your majesty. I have located the ring. Here it is!!”

As soon as King Solomon took the ring and read the words inscribed, the smile vanished from his face.

The gold ring had the words “this too shall pass” engraved on it.

In that instant, King Solomon realised the futility of attachment. Everything in life, good or bad, was fleeting. When something terrible happens, it is never permanent. Life will turn around, and joy will return. In the same way, all the wealth and power cannot buy happiness forever. There will be days where grief and pain will take over.

This story is supposed to be the source for the term “this too shall pass.” We usually use it to console ourselves when we encounter bad times. But a more balanced view is to recognize that nothing good ever lasts forever, nor does something unpleasant. In the grand scheme of life, everything is cyclical. Like the day that inevitably comes after a night, like spring that will always come after winter, good times will always be interrupted by some not-so-good moments and vice versa.

This story of King Solomon can remind us to be balanced in life. Nothing is permanent. Good or bad “this too shall pass”

Also read: When you change your identity, habit change is easy

Disclaimer: The views and opinions expressed in this article are those of the author and do not necessarily reflect the views, official policy, or position of GlobalLinker.

Other articles written by Pramod Veturi 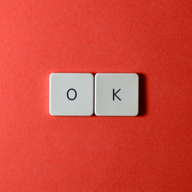 Look out for your Type 2 errors

Annual checkup: A self audit that you can do on yourself

Are you feeling stuck?