How technology can make sustainability attainable for farmers

Did you know that we have been living on borrowed resources for almost half of 2019? The Earth Overshoot Day in 2019 was July 26, the earliest ever. Which means we had used up all the natural resources of the Earth for 2019 by July 26. And this is just the tip of the iceberg. Here is another fact – global population is set to hit 10 billion by 2050. Imagine the amount of resources needed to sustain such a huge population. Forget fossil fuels, internet, data security or even electricity- will there even be enough food and water for all?

Farming was one of the first life skills that humans had – they learnt to push seeds into holes they dug in the soil with sticks and used bare hands to harvest whatever grew. With time, they learnt to plough the land, build dams and dig canals to supply water to regions that had insufficient rainfall. Then came tractors, harvesters, air seeding technology etc and changed the way farms looked and worked.

World population has been growing rapidly over the last century and vaccines and other medical advances brought about better life expectancy and longevity. To produce enough food for the growing population, newer crop varieties that produced higher yields were developed, along with the use of chemical fertilizers – this was the Green Revolution. And like the rest of the world, India too embraced the Green Revolution in the 1960s.

With planned irrigation, synthetic fertilizers and higher yielding varieties of grains, India emerged as the ‘bread basket’ of the world, and Punjab, ‘the granary of India’. Adapting to the Green Revolution was the need of the hour then, and was implemented successfully too. But in hindsight, it can be said that the Green Revolution has destroyed the earth as much as, if not more than, feeding the human population on the planet. Food production became an industry and traditional practices were traded for economic prosperity. Land erosion, deforestation, soil salination and water pollution are only a few of the consequences of the Green Revolution. Add to it the fact that chemically grown crops are irrigation heavy too, and take a toll on water resources. The ‘science’ that was espoused by policy makers in those times gradually became the bane of farmers.

Farmers can also make use of AI to develop seasonal forecasting models and modify agricultural patterns accordingly for enhanced productivity. This is particularly beneficial for small farms, which account for 70% of the world’s crops.

India, a country whose soils were naturally fertile, and had no pests in the fields, moved from organic farming to indiscriminate use of pesticides and fertilizers that set off a vicious cycle – the soil steadily lost its ability to nourish crops, which led to increased use of fertilizers, and that deteriorated soil quality further. What’s more, the toxic chemicals in fertilizers make their way into the produce and enter the food chain and when they run off with groundwater, they enter water bodies and contaminate them too, harming aquatic life. Loss of crop diversity, extinction of insect species, destruction of natural soil texture and beneficial microorganisms, deficiency of essential minerals, heavy metal pollution and similar issues keep making headlines, thanks to the excessive use of fertilizers.

The shift to organic and sustainable farming is the best solution to combat the dual issue of growing population and land scarcity. It is easy to question if farming can succeed without fertilizers and pesticides. But traditional practices like crop rotation, use of organic waste and beneficial bacteria, intercropping etc are time tested and proven ways to keep soil in good health as well as ensure bountiful crops. Modern farmers are now more aware than ever about the harmful effects of chemical fertilizer based farming and are adapting traditional organic farming which is sustainable and will not only provide enough food for the future, but also keep the planet thriving.

While we are talking about going back to basics, technology can still lend a helping hand to agriculture in India. Agriculture may be the oldest profession known to mankind, and Artificial Intelligence a radically new technology, yet the two can make a remarkable combo. Artificial intelligence can make agricultural production more efficient by detecting yield reducing factors like climate changes, pest infestation and diseases at the earliest stage. Farmers can assess temperature, precipitation, solar radiation, water usage and soil conditions (with infrared rays and sensors) better and AI powered data analysis can help improve outcomes.

Detecting weeds, selecting the right herbicide and targeted application of the same is simplified by AI and this also prevents herbicide overuse. As a result, fewer chemicals and toxins enter the crops, leading to healthier yield.

Farmers can also make use of AI to develop seasonal forecasting models and modify agricultural patterns accordingly for enhanced productivity. This is particularly beneficial for small farms, which account for 70% of the world’s crops.

India has gradually moved from being a primarily agricultural country to an industrial one and most of the seasonal workers have migrated from farms and rural areas to cities in search of livelihoods. Workforce shortage is another problem of farms that can be managed with the help of AI. Agriculture bots can not only work faster and with higher accuracy than human workers, but also be available at all times, unlike human labourers, and thus make the farms more cost efficient.

AI can farming simpler and more accurate as well as profitable. While India needs to produce more food for its growing population and keep the soil and environment safe from chemicals and toxins, it also needs to ensure that the use of resources is reduced to minimum and the gains from farming are enhanced for farmers. Crop sowing – the time of sowing, method of sowing and variety of crops to sow – can improve with the help of AI powered climate data, market analysis and historical condition analysis. AI aided machinery can also sow crops equidistantly and at the right depth.

After the entire farming cycle, the storage and supply chain can also be managed better with the help of Artificial Intelligence, which will lead to reduced spoilage. AI indeed has the potential to play a huge role in making farming environmentally as well as economically sustainable for Indian farmers. 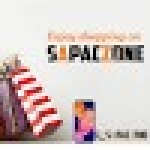 Budget with a Vision: A Perspective

Want to read more on Agriculture?