Failure as the Stepping Stone to Success

It is said that every defeat has the seed of victory in it and vice versa. In the course of life, we come across several inspiring people who refuse to bend down to failure. Rather, they view failures as opportunities to once again rise like the phoenix.

Here are examples from the lives of some famous entrepreneurs who have faced rejection and failure, but bounced back ever stronger and left an indelible mark on humanity.

Walt Disney
Today Disney is a well-known success story. However, the road to success for Walt Disney was far from smooth. A newspaper editor, who claimed that, “Disney lacked imagination and had no good ideas”, fired him. After facing rejection, Disney started a number of businesses that didn’t last too long and ended with bankruptcy and failure. However, he continued with his passion for films and animation, and eventually found unprecedented fame, recognition and honour. To this day, the legacy of Walt Disney lives on in his most loved cartoon characters and exciting theme parks.

Ardeshir Godrej
Ardeshir Godrej, the founder of the Godrej conglomerate had a rough start in life. He failed as a lawyer and as a manufacturer of surgical equipments. Nevertheless, he remained undefeated by his failures and viewed everything as a business opportunity. News of a burglary became the catalyst for him to research about lock making. The lock making venture of his just took off. Because of this, he was known as the lock-master of India. Today, several generations down the line, the Godrej group has diversified itself in the business of FMCG Products, appliances, security, real estate etc.

Jeff Bezos
The founder of Amazon and an e-commerce pioneer, Jeff Bezos displayed an early love for computers. He left his lucrative job on Wall Street to start Amazon.com, a virtual bookstore. Amazon today is one of the internet’s biggest story, but it took years before Amazon started bringing in profits. However, this did not deter Bezos, he stuck to his beliefs, and soon Amazon.com became an e-commerce marvel.

Henry Ford
Henry Ford, the founder of Ford Motor Company, is responsible for making the motor vehicle accessible and affordable to the American middle class. However, he himself had a bumpy road to success. Ford's first venture, the Detroit Automobile Company, went bankrupt in 1901 due to its high prices and low quality products. But Ford didn't give up. Instead, he re-organised his first company to construct a new one, Henry Ford Company. It collapsed due to a dispute with a partner.

Upon his third attempt, he almost faced failure yet again because the low sales he achieved made it impossible to pay back investors. Moments before his yet-to-become empire collapsed, the company was saved by angel investors. His story epitomises the fact that persistence eventually pays off.

Anita Roddick
Anita Roddick, founder of The Body Shop, a world-renowned beauty products company was a vocal proponent of ethical consumerism, and believed in fair trade and campaigning for environmental issues. When she opened the first Body Shop, in Brighton, U.K., in 1976, two neighbouring funeral parlours initially objected to the name.Roddick fought back by conveying to a local newspaper that she was a woman entrepreneur under attack. The publicity increased footfalls to the store, and by the early 1990s, there were more than 700 Body Shop stores.Famous for being a fearless woman entrepreneur, she once remarked, "If you think you're too small to have an impact, try going to bed with a mosquito."

It is often observed that successful people do not face failure in the same way that others do. For them, failure is not a reflection of one/ones’ self. It is believed to be an experience from which to learn or the result of variables that are likely have little to do with the individual in question.

Dale Carnegie hit the nail on its head when he says, “Develop success from failures. Discouragement & failure are two of the surest stepping stones to success.” 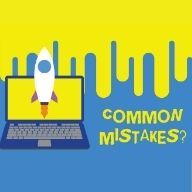 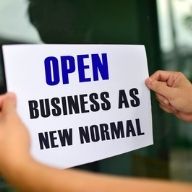 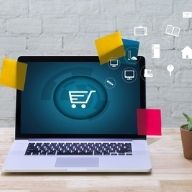