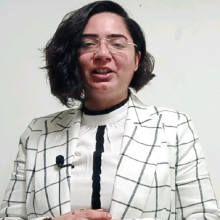 Summary: The interim budget will be presented by the government on 1 February 2019. The final budget is expected to be presented post the general elections in May 2019. SMEs and startups are hopeful that this budget will bring certain positive measures for them. GlobalLinker member, Ripple Nagpal shares what SMEs could expect from the upcoming budget.

As India gets ready to witness the Lok Sabha elections (April-May 2019), the present government will be releasing an interim budget on February 1, which shall be followed by the country till the new government comes into power. Interim finance minister Piyush Goyal will be presenting the budget on behalf of Arun Jaitley as the latter is in the US on medical leave.

It is expected that the government will announce some benefits for the poor and the middle-class in the budget. The Indian SME sector which plays a huge role in the economic development of the country is also expecting some positive changes to come their way. Despite the digital and AI (Artificial Intelligence) revolution, which has empowered the SME ecosystem and helped in gaining global exposure, this sector is constantly faced with challenges like sustaining itself, lack of access to financial resources and heavy competition from large entities. With the upcoming budget, SMEs and startups might get some breather from such challenges. Here is a list of 6 measures that SMEs may expect from this budget.

1. Easy financing and availability of loans

Lack of financial resources is one of the major issues faced by SMEs. Owing to the decline in public sector banks’ (PSB) share in lending to the MSME sector, small businesses often fail to get loans on time. Prime Minister Narendra Modi’s announcement of launching an online portal that can sanction loans up to INR 1 crore within just 59 minutes, came as welcome initiative for SMEs. In addition to this, the rise of fintech players in the last few years offered a much-needed respite to such enterprises. And more recently, RBI’s decision to permit a one-time restructuring of MSME loans that have defaulted, but are not non-performing as on 1 January, has received a positive response from small business owners. It is highly probable that the government has a few more positive measures in store, which could lead to easy access of loans for SMEs.

GST was introduced nearly two years ago but SMEs are still recovering from the strong impact it had on them. The GST Council has been working on devising measures to ease the impact of GST on the SME sector for the last two months. It is expected that the government may consider decreasing GST rates to a great extent in the forthcoming budget. Considering the unwarranted distress being faced by SMEs of the country, the government is expected to increase the sales threshold for compulsory GST registration from INR 20 lakh to somewhere between INR 40-65 lakh. Further, the government may introduce a concessional tax scheme for small service providers.

The government previously announced various tax exemptions and tax holidays for startups and SMEs. In the forthcoming budget, the SME sector could benefit greatly from a tax holiday. However this is likely to be only for businesses that have a revenue under a certain limit.

The issue of Angel Tax has become a nightmare for startups and small enterprises in the country as numerous companies are serving notices from the Income Tax department asking them to clear the taxes on the angel funding raised by them, based on the grounds of fair market valuation (FMV). The IT department and startups stand on significantly different viewpoints when it comes to understanding the concept of FMV as there is no definitive way to measure the FMV of a startup. Amidst the uproar it created, the government notified some new directives in early January to provide some relief. Nevertheless, this step has failed in meeting the expectations of the Indian startup ecosystem. But startups are still hoping that the government shall take certain steps to change the current situation and will make a major announcement on Angel Tax in the forthcoming interim budget.

Since SMEs and startups contribute majorly to the Indian economy, the government should encourage credit flow to the micro, small and medium enterprises (MSMEs) by providing incentives to them. It is expected that the government may introduce certain schemes, among other incentives, specific to SMEs which would provide interest subvention for lower amount MSME loans, resulting in more liquidity and credit inflow in the ecosystem.

The growing use of the internet and increasing dependency on smartphones has brought cheer to the fintech sector in India. However, rural areas of India still demand better infrastructure to promote the digitalisation of transactions. As the Indian economy moves towards creating its global digital footprint, it is expected that the Indian government will further promote digitalisation by incentivising digital payments and introducing schemes which will include installing more wi-fi hotspots in rural and semi-urban areas. The UDAN (Ude Desh ka Aam Naagrik) scheme can also be given a boost, which will enable companies and startups to set up operations in smaller towns which will then indirectly lead to bridging the urban-rural divide.  All this will significantly improve the digital infrastructure of the country.

Now it remains to be seen if the interim budget will bring forth these changes or not. Share your thoughts on the upcoming budget in the comments section below.

I am looking to connect with other business owners and ready to work around the referral models for mutual benefit. Invite me to connect 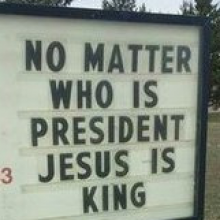 Other articles written by Ripple Nagpal 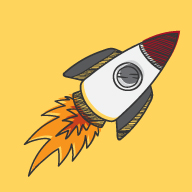 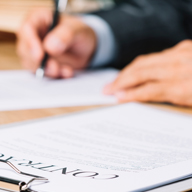 10 legal tips to safeguard your business interests this new year

Want to read more on Economy?