Belgium, an open and dynamic economy and a strong trading partner of India 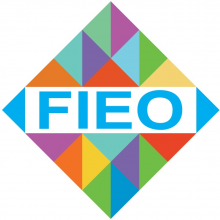 Located in the western part of Europe, the Kingdom of Belgium, with a population of more than 11 million inhabitants for a surface area of 30,528 km², is one of the six founding countries of the European Union as well as one of the most dynamic and open economies in the world.

Belgium’s capital city, Brussels is host to over 1,000 public and private international organisations which include the main institutions of the European Union (EU) and North Atlantic Treaty Organisation (NATO). This also means that the city has one of the largest communities of foreign diplomats, journalists in the world. Brussels is truly an international city that attracts many multinational and international service companies. It is connected by highspeed trains with Paris, London, Amsterdam and Frankfurt.

A business in Belgium has access to 200 million consumers within a radius of just 500 km. This is possible thanks to the country’s densely interconnected transport infrastructure. Whether it is roads, railways, waterways, international airports and sea ports, the world-class network provides highly efficient business and distribution solutions supported by first-rate telecommunication and Internet infrastructures.

The national airport of Brussels (Zaventem) is one of the most dynamic and ultramodern airports and logistics hubs. It is the 2nd most important logistics cluster in Belgium and is connected with the major cities around the globe. More than a hundred different players in the logistics chain are already active at Brucargo, the cargo area of Brussels Airport. In this way, Brucargo offers a crucial platform for the import and export of many companies and is, after the Port of Antwerp, the 2nd most important logistics hub for international trade.

Since centuries, the ports of Belgium have played a major role in the trade flows of the country and of Europe. Antwerp is Europe’s most central seaport that offers “Extended Gateways” to all corners of Europe which are seamlessly connected to the port by rail, road, barge and pipeline. Port of Zeebrugge is one of the world’s foremost roll-on/roll-off ports, where nearly 40 million tons of goods are transshipped annually. It is also one of the main car-handling ports in the world and an ideal location for combining perishable food cargoes.

Belgium is among the 10 leading export countries worldwide and it ranks third in the list of most globalized countries. Belgium has an excellent education system and the quality of university-industry collaboration is recognised worldwide. Spin-offs and incubators are set up nationwide, boosted by the network of internationally-renowned university research centres. Belgium is involved in a wide range of international scientific programmes in the field of nuclear research, space exploration, life sciences, nanotechnology, biotechnology and environmental research.

The Belgian workforce has one of the highest productivity levels in the EU. Key factors contributing to this are the quality of the education system and the ability to speak multiple languages. Belgium is also renowned as a consumer test market. If a product is successfully launched in Belgium, similar success can be expected in other European markets. As one of the most open economy, Belgium attracted 29.9 billion euros of investments in 2016 and the total exports of the country represented 359 billion euros for the same year.

Through the years, Belgium and India have strived to increase their strong trade relations. At present, Belgium is the second largest trading partner of India among the Member States of the European Union. The strengthening of this relation is not only based on trade of goods but also on trade of services and mutual investments.

After the export of diamonds, which represents slightly more than 80% of the Belgian exports to India, the other important sectors are chemical products, machinery and equipment, plastics, metal and optical instruments.

The total amount of Belgian exports to India was 7.9 billion euros in 2017 making India the 8th major export destination of Belgium.

More than 175 companies from Belgium are located in India and more than 1500 Belgian companies interacted with the Indian market. These companies are active in various sectors and play an important role in strengthening of economic and trade partnership between Belgium and India. Some of the key companies include: Ahlers logistics (logistics), AB Inbev (beer), Agfa Healthcare (services for healthcare industry), Barco (visualization solutions), Bekaert (metals and Metal processing), Deme and Jan De Nul (both active in dredging solutions and marine engineering), Puratos (Food & beverages), Leonidas (chocolate), Solvay (chemical), Tigerpower (solar power), etc.

Similarly, Indian companies are also well represented as more than 80 of them are located in Belgium. They include Infosys, Tech Mahindra, Tata Consultancy, Excel Crop Care, etc.

This comes as no surprise as Belgium enjoys one of the best “quality of life” standards in Europe, according to the International Living Index. Its major assets lie in household living space, an advanced healthcare system, social services, green areas, education and the presence of many excellent international schools.

Setting up a business in Belgium is quick and simple. It only takes four days and three start-up procedures to take off, making Belgium the fastest place in Europe to establish a business. The Federal-Regional Liaison Unit for Foreign Investment ensures smooth cooperation between all the partners involved in supporting an investment project.

This article includes inputs from His Excellency Mr. Jan Luykx, Ambassador of Belgium to India

To explore business opportunities, link with us by clicking on the 'Invite' button on our eBiz Card. 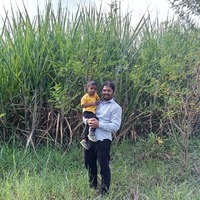 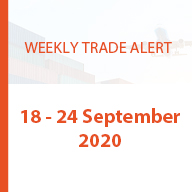 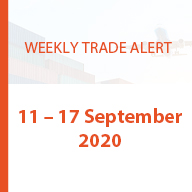 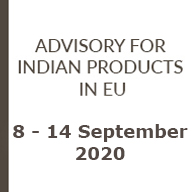